Brite-Strike Technologies Inc. has developed the Bug-Strike™ Light based insect repelling system. It uses IR (infrared) UV and Blue light to repel insects. Bug-Strike™ set of three attaches to any hat using the 3M peel and stick adhesive or by the hook and loop kit (included).

The Brite-Strike® Bug-Strike™ LED insect repelling system was developed 100% through field testing. There is a large body of scientific research related to the use of IR light to repel mosquitos (Gates Foundation) and others for UV light and near UV light aka blue light nm range also called near UV light to repel insects. It should be noted that in certain wavelengths often called “black light (365nm) these can attract insects yet at lower and higher wavelengths they appear to repel insects. Black lights are primarily fluorescent tubes that have specialized phosphorus-based coating that changes the character of the light as it appears to insects. We prefer to keep the specific wavelength proprietary as well as the coating we use on the LEDs. The result is all of the LEDs are visible to the human eye in shade or low light.

The combination of specific nm wavelength of IR light, UV light and blue light used in conjunction with specific proprietary coatings on the LEDs, works very well to repel most flying insects keeping them around 10” to 16” away. We found the system to works to repel: mosquitoes, deer flies, horse flies and gnats. We have not tested it on blackflies as the season was over before we could conduct field tests.

Note: All tests were conducted with the LEDs only with no other type of natural or chemical insect repellant. We expect that the use of one or more proven repellents used with the Bug-Strike™ LED light repelling system to enhance the overall effectiveness.

It should also be noted that to repel mosquitoes only, the IR LED worked nearly as well.

The product package consists of: one UV LED, two IR LEDs and one blue LED.  The run times for UV are up to 400 hours, 350 for blue but only 100 hours for IR. The further you move up the nm light spectrum the more power is required. The inclusion of a second IR LED is so that the product will deliver 200 hours of operation to the consumer.

Brite-Strike Technologies Inc. supplies US and NATO Special Forces teams and has a reputation for under promising and over delivering. We make the claim of 200 hours of runtime but deliver more. Bug-Strike™ kit includes hook and loop mounting kit. The system can be attached by either the 3M adhesive peel and stick backing or the hook and loop attachment kit to attach to any hat, pack or stroller etc.

Our current circuit board have a steady on, slow strobe and fast strobe modes. The fast and slow strobe modes seem to be more effective but we will need further extensive field testing to make any statements.

There are no reviews yet. 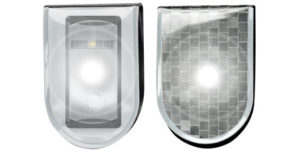 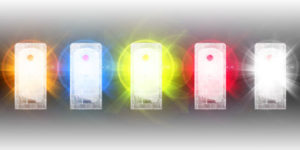 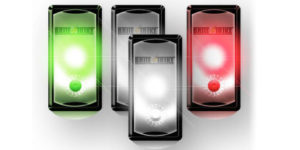 NO DRILLING NO WIRING!

Heavy duty adhesive APALS® are waterproof to 200 feet deep, shockproof and will run for over 200 hours each. 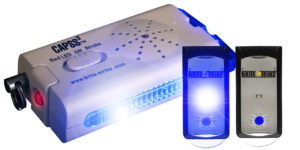 Great for camping! It can alert you if a potentially dangerous intruder has entered your perimeter. 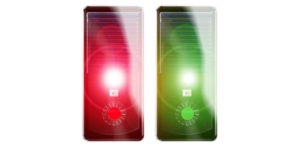 NO DRILLING NO WIRING! FREE SHIPPING! 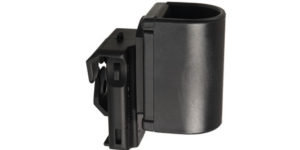 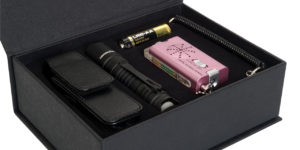 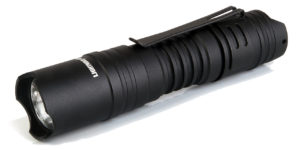